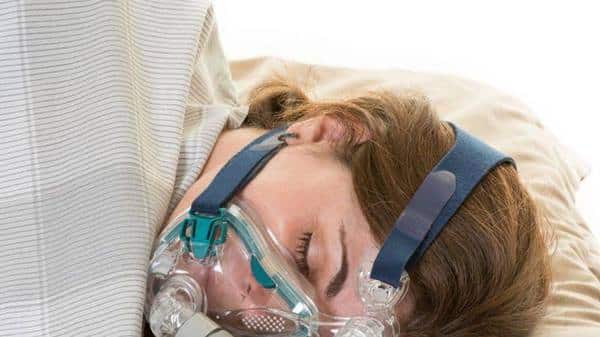 People with sleep apnea may be more likely to develop the abnormal heart rhythm atrial fibrillation, especially if the oxygen level in their blood drops below normal, Canadian researchers report.

Sleep apnea, which obstructs breathing, causes people to wake many times during the night to start breathing again. It’s possible, researchers said, that disrupted sleep along with a drop in the level of oxygen in the blood might lead to atrial fibrillation.

Atrial fibrillation causes a rapid and irregular heartbeat. This can lead to stroke and heart problems.

“Patients who are at risk for obstructive sleep apnea should undergo testing, particularly if they have other cardiac risk factors,” said study senior researcher Dr. Richard Leung, an assistant professor of medicine at the University of Toronto.

“Therapy should be strongly considered for patients who have obstructive sleep apnea associated with low oxygen levels, which causes a strain on the heart,” Leung added.

“This type of study is not enough to prove a causality, just a relationship,” said lead author Dr. Tetyana Kendzerska, who was at the University of Toronto at the time of the study.

For the study, the Canadian researchers reviewed the medical records of more than 8,200 adults. Their average age was 47. All had been diagnosed with obstructive sleep apnea, but had no history of atrial fibrillation.

After up to 13 years of follow-up, 173 patients were hospitalized with atrial fibrillation.

Putting aside the usual risk factors for atrial fibrillation such as high blood pressure, smoking, diabetes and obesity, the researchers found that the more times an hour someone partially or completely stopped breathing during sleep, or had oxygen saturation levels lower than normal (below 90 percent), the more likely they were to develop atrial fibrillation.

In addition, people more likely to develop atrial fibrillation were older and were current or previous smokers.

After taking age and smoking into account as well as other risk factors for atrial fibrillation, only low blood oxygen remained as a significant predictor of who might develop atrial fibrillation requiring hospitalization, the researchers said. This association was stronger in women than in men.

A common treatment for sleep apnea is continuous positive airway pressure therapy (CPAP). This treatment prevents the airway from being blocked during sleep, but requires patients to wear a mask that some find uncomfortable.

CPAP might reduce the risk of developing atrial fibrillation, Leung said. Other studies, however, have not shown that CPAP prevents heart attacks or strokes, he said.

“There is currently a lot of debate as to whether obstructive sleep apnea is as bad as previously thought, since treating it with CPAP didn’t lower the risk of heart attack or stroke, or whether the fault lies with CPAP, since so many patient find it difficult to tolerate,” Leung said.

“So, whether or not one can make the logical leap from our study that CPAP would, in fact, reduce the risk of atrial fibrillation remains an open question. It certainly makes sense that it should, but the truth is that things are not so simple,” he said.

Two specialists not involved with the study said sleep apnea and other conditions that could affect the heart should be treated.

“This study emphasizes an important point that we have learned about atrial fibrillation — lifestyle plays a large role in the disease,” said Dr. Apoor Patel. He is director of complex ablations at Northwell Health’s Sandra Atlas Bass Heart Hospital in Manhasset, N.Y.

Atrial fibrillation can be treated with medications and with procedures such as a cardiac ablation (a procedure to scar or destroy heart tissue to restore rhythm), but unless patients lose weight, treat their blood pressure, eat a healthy diet and control their sleep apnea, they will continue to have atrial fibrillation, Patel said.

“As with any disease, treatment of atrial fibrillation should focus on changing one’s lifestyle to reduce their overall cardiovascular risk,” Patel said.

This study might be more evidence that sleep apnea may be bad for you, he said.

“I can’t prove that sleep apnea is causing the atrial fibrillation, but it’s more evidence we need to try to figure out when sleep apnea should be treated. Clearly, severe sleep apnea is bad for your heart,” Feinsilver said.

The results of the study were presented Monday at the meeting of the American Thoracic Society, in Washington, D.C. Findings presented at meetings are generally viewed as preliminary until they’ve been published in a peer-reviewed journal.