Afib Brought On By Everyday Triggers

Read our informative eBook on the 10 Preventative Screenings for People Over 50! 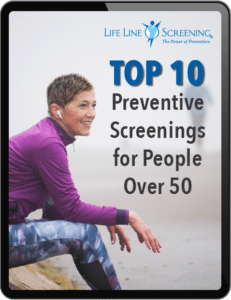 Many older Americans are diagnosed with the irregular heartbeat known as atrial fibrillation, or “a-fib.” Now, research suggests that everyday foods, drinks or activities might trigger episodes of the stroke-linked condition.

The bad news: Triggers include coffee, alcohol and sleepless nights. The good news: These factors can all be avoided or reduced, according to researchers at the University of California, San Francisco.

They stressed that the study wasn’t focused on the underlying causes of atrial fibrillation, but rather factors linked to a-fib episodes in people already diagnosed.

“Almost all a-fib studies have to do with risk factors for the initial development of the disease,” said senior study author Dr. Gregory Marcus, associate chief of cardiology for research at the university. “This study focuses on specific exposures that cause an individual episode to occur.”

One-quarter of adults over 40 in the United States are at risk for a-fib, the study authors said. By 2050, nearly 6 million Americans may suffer from it.

In a-fib, electrical impulses that control the upper chambers of the heart — the atria — fire erratically, preventing the chambers from contracting normally. Over time, that can lead to a raised risk for blood clots and stroke. Many people with a-fib take blood thinners to reduce their odds for stroke.

Risk factors for an a-fib diagnosis include advanced age, heart disease, drinking alcohol and smoking. Men are more prone to the condition than women, although each gender is affected.

The new study investigated which factors might trigger individual a-fib episodes. To do so, Marcus and his colleagues asked nearly 1,300 patients with the condition if a prior episode was triggered by one of 11 factors.

Nearly three-quarters (74 percent) said there were triggers they felt were linked to an a-fib episode. Alcohol accounted for 35 percent of these triggers, caffeine for 28 percent, exercise for 23 percent and lack of sleep for 21 percent.

The new findings could help patients better fight the condition and protect their heart, Marcus suggested.

“Better understanding of individual-level triggers may help empower patients, and represents a novel approach to improving quality of life and reducing health care use,” Marcus said in a university news release.

Two heart specialists who reviewed the new findings agreed, and added that the triggers found in the study can be reduced.

For example, “alcohol is a known cause of atrial fibrillation, either by direct stimulation of the heart or dehydration,” said Dr. Guy Mintz, who directs cardiovascular health at Northwell Health’s Sandra Atlas Bass Heart Hospital in Manhasset, N.Y. He pointed to what doctors have nicknamed “Holiday Heart Syndrome” — a well-known cause of atrial fibrillation after binge drinking.

The caffeine found in coffee and other drinks also “acts as a direct stimulant of the heart and can also cause a diuretic [fluid-reducing] effect … leading to atrial fibrillation,” Mintz said.

“Good advice for patients with episodic atrial fibrillation would be to limit their alcohol intake to the American Heart Association guidelines of one drink per day for women, and one to two drinks per day for men, and not binge drink,” he said.

People with a-fib should also reduce their caffeine intake and drink plenty of water. “Patients planning to consume alcohol or caffeinated beverages should drink more water prior to going out and after returning from their evening activity to avoid dehydration,” Mintz advised.

As for sleeplessness, he theorized that people affected might have sleep apnea, which in turn might lower oxygen levels so that high blood pressure becomes more likely. “In my opinion, variation in blood pressure is a likely contributor to irregular heartbeats such as atrial fibrillation,” Mintz said.

And what about the finding that something as healthy as exercise might be an a-fib trigger for some?

Cardiologist Dr. Satjit Bhusri said that, in his experience, “exercise-induced atrial fibrillation is not common.” In fact, he wondered if patients in the new study were sometimes confusing “normal” heartbeat changes after exertion with an a-fib episode.

Mintz agreed that the health benefits from exercise far outweigh any possible risks.

The report was published online Feb. 14 in the journal HeartRhythm.