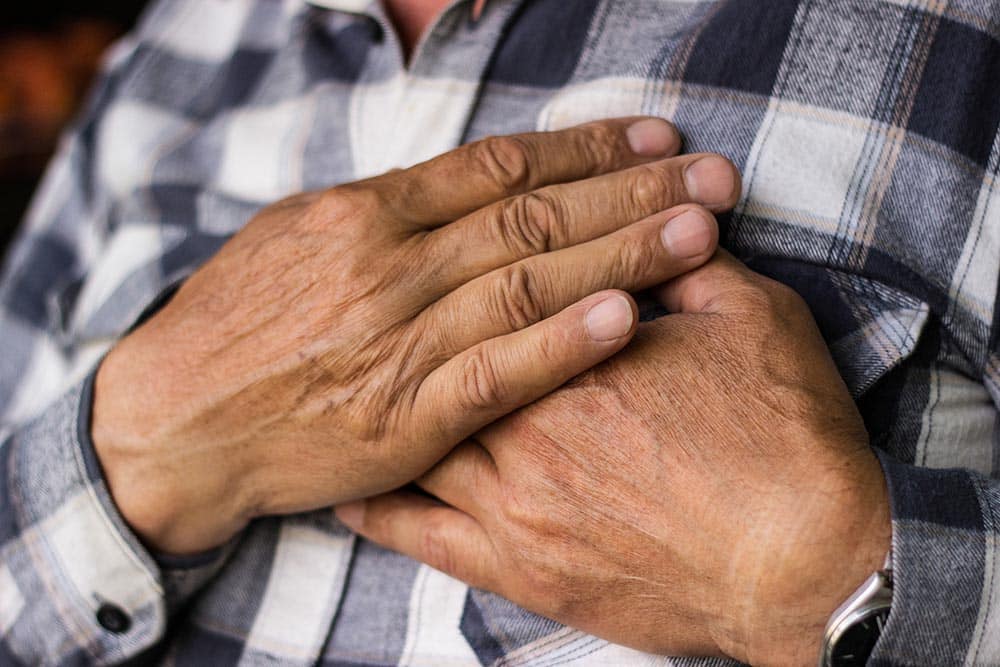 What is Atrial Flutter?

Your heart is a complicated piece of machinery that depends on maintaining a steady rhythm to keep blood pumping throughout your body. Whenever it gets out of sync, this is called arrhythmia. There are lots of types of arrhythmia, and atrial flutter is one of the more common ones.

It’s difficult to know immediately if what you experienced is atrial flutter because many different types of arrhythmia (and even panic attacks) have very similar symptoms. And, when you’re in the middle of an episode you aren’t necessarily in the state of mind to be calmly assessing what you’re experiencing.

Having said that, you’ll definitely know something is wrong. Atrial flutters are not subtle, to say the least. People who’ve had an episode have reported experiencing some of the following symptoms:

Lightheadedness, or hypotension, is caused by a sudden drop in blood pressure. When your heart isn’t pumping properly, blood isn’t getting to the parts of your body that need it—specifically your brain. This is why you might feel dizzy, faint, or even have blurry vision during an atrial flutter episode.

Your heart works very closely with your lungs to keep your body going. The heart uses the air in your lungs to oxygenate the depleted blood coming through it and send it back out through your body to be used again. So, when your heart isn’t pumping efficiently, this can mess up the whole system. Arrhythmias of any kind (including AFib) affect your heart’s ability to get oxygen, which can cause you to feel short of breath.

This is the most obvious sign that something is wrong and what usually sends people to the doctor. Heart palpitations are sometimes, but not always, accompanied by chest pain. This is literally a sensation you get when your heart isn’t beating normally. It’s especially noticeable because your heart rate will usually spike along with it, creating a really unpleasant sensation.

The difference between atrial flutter and AFib

As we mentioned, AFib and atrial flutter are both types of arrhythmia, and there are many others as well. Most people are more familiar with AFib because it is a more common problem. In both cases, the top two chambers of your heart aren’t beating in sync with the lower two chambers. However, they aren’t the same thing.

In atrial fibrillation, the atria beat irregularly. The stutter and stop-start nature of this particular arrhythmia can have more acute symptoms than an atrial flutter, which can be milder. During an atrial flutter episode, the two top chambers beat faster than the lower two, but still in a regular, rhythmic pattern.

In either case, both can have serious consequences.

Reduce your risk of arrhythmia

Your chance of developing atrial flutter, AFib and all other types of arrhythmia can be traced back to a certain set of risk factors. Some of these are out of your control, like genetics, but the rest are absolutely something you can do something about. You might not be able to get your risk to 0%, but you get it lower than it is now.

Since many arrhythmias produce similar symptoms, the best thing for doctors to do is first a test that can give them a better look at what exactly is going on with your heart. This is done through an AFib EKG. It’s known as an AFib EKG because, as we mentioned, that is the most common kind of arrhythmia. However, this test will be able to test for a broad spectrum of different arrhythmias and help physicians zero in on what is causing you pain.

These EKGs are quick, non-invasive and painless. Electrodes are placed on your wrists and ankles and readings are taken for about 15 minutes. A full report will be sent to you with more detailed information.

If you’re experiencing any kind of chest pain, you need to go see a physician. These could be early warning signs of heart attack, stroke, or other serious conditions. If you’re feeling ok, but still want to know where you stand for peace of mind. You can go get a screening without ever stepping foot in a doctor’s office. The bottom line is it’s your health and no one is going to take care of it for you.