What does this test measure?

Why is this test important?

Who is this test for?

Chlamydia: Chlamydia is the most frequently reported bacterial sexually transmitted infection in the U.S., according to the CDC.1 Chlamydia often has no symptoms, but it can cause permanent damage to a women’s reproductive system.

Gonorrhea: According to the CDC, Gonorrhea is the second most reported bacterial sexually transmitted infection in the U.S, however since many infections result in no symptoms there are even more unreported cases.1 Left untreated, Gonorrhea can cause serious health problems for both men and women, but it can be cured with the proper treatment.

Syphilis: Reported cases hit an all-time low in 2000 and 2001 in the U.S., but have increased nearly every year since then, according to the CDC.1 Syphilis usually involves three stages of symptoms that can last weeks to years if left untreated.

Trichomoniasis: Trichomoniasis, also referred to as “Trich,” is the most common curable sexually transmitted disease, but about 70% of people with the infection have no symptoms.2 Trich can increase the risk of getting HIV or passing it to a partner.2

This test looks for the presence of Chlamydia trachomatis and Neisseria gonorrhea in your urine. If you engage in sexual acts that involve sites on your body other than your genitals, such as your mouth or rectum, then this single-site test may be insufficient. Moreover, there is a chance of a false negative. You should seek medical attention if there are worrying signs or symptoms even with a negative test.

Testing for sexually transmitted diseases is important to prevent passing infections to partners and to get the proper treatment. Many STDs have short and long-term side effects, but if treated early can minimize health problems.

This test provides valuable information about 4 common sexually transmitted diseases and enables you to share your results with your physician to create a treatment plan, if necessary.

Sexually active adults 18+ seeking discreet lab tests from the privacy of your own home.

Take Control of Your Health

At home lab testing makes it easy for you to monitor your health whenever you want, in the privacy of your own home, without compromising accuracy or quality.

Your privacy is our priority. We use discreet packaging so you can be confident ordering any test. The transmission and storage of data is HIPAA compliant.

To ensure quality, analysis is performed in laboratories that are certified by CLIA (Clinical Laboratory Improvement Amendments of 1988) and accredited by the College of American Pathologists (CAP).

All test results are reviewed by an independent, board-certified physician licensed in your state before the results are shared with you. 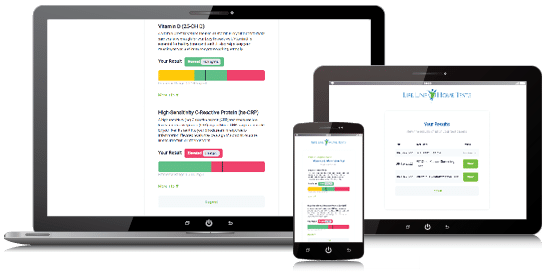 Find the test that’s right for you and order it online with our secure checkout. After you receive your kit at home, follow the directions in the box to register it.

Review the step-by-step directions included in your kit and collect your sample. Mail it to our CLIA/CAP Accredited Laboratories with the included prepaid shipping return mailer.

Within 3-5 days of the laboratory receiving your sample, you'll receive easy-to-understand, physician-reviewed results. Access your results online and share them with your physician.

How do these tests compare to regular in-clinic tests?

Do you accept FSA or HSA payment cards?

We currently do accept FSA and HSA payment cards. To use your card, check out like you would normally with any other payment method. Please note: there is no guarantee that your FSA or HSA card will be accepted as these types of cards tend to have varying rules and regulations attached. If you have trouble using your FSA or HSA card when you check out, please reach out to your card’s bank or administrator.

Do you accept health insurance?

No, we do not accept insurance.

Yes, the packaging is discreet both to you after you purchase a kit and to the lab once you have collected your sample.

Which states can tests be shipped to?

We ship to all of the U.S., except the state of New York. For regulatory reasons, our tests are not available in NY.

More ways to explore your health 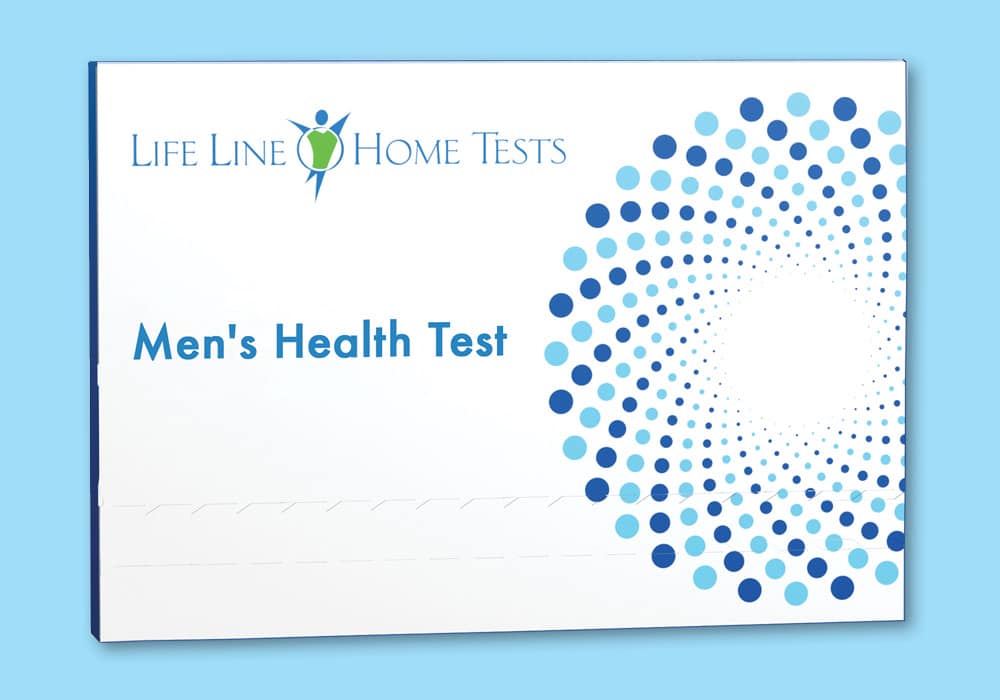 Measures 7 key biomarkers, which are important elements of men’s reproductive and overall health. 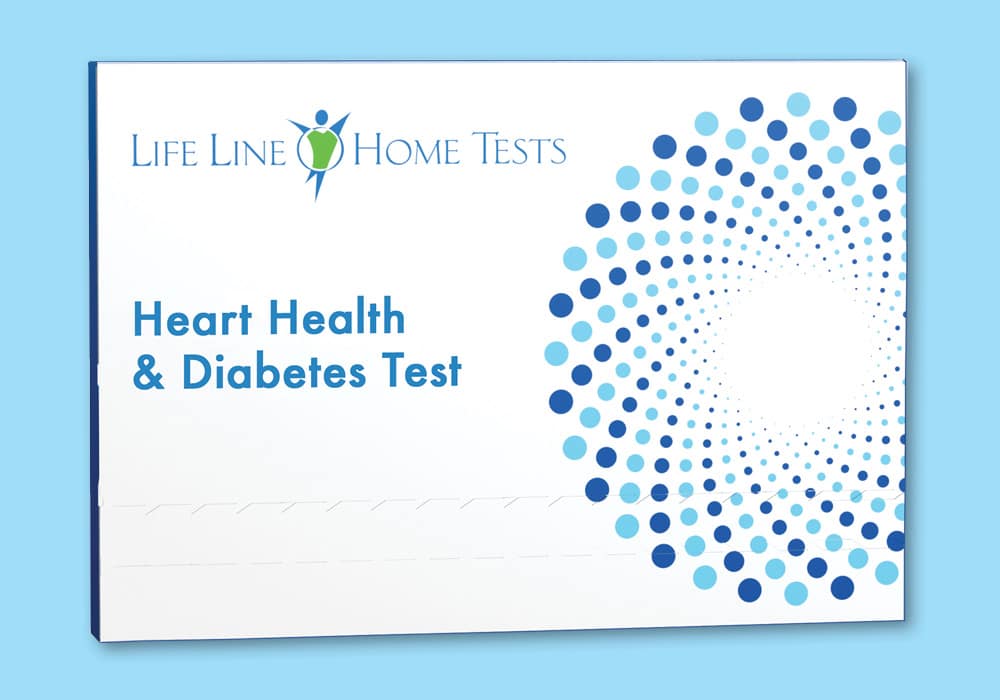 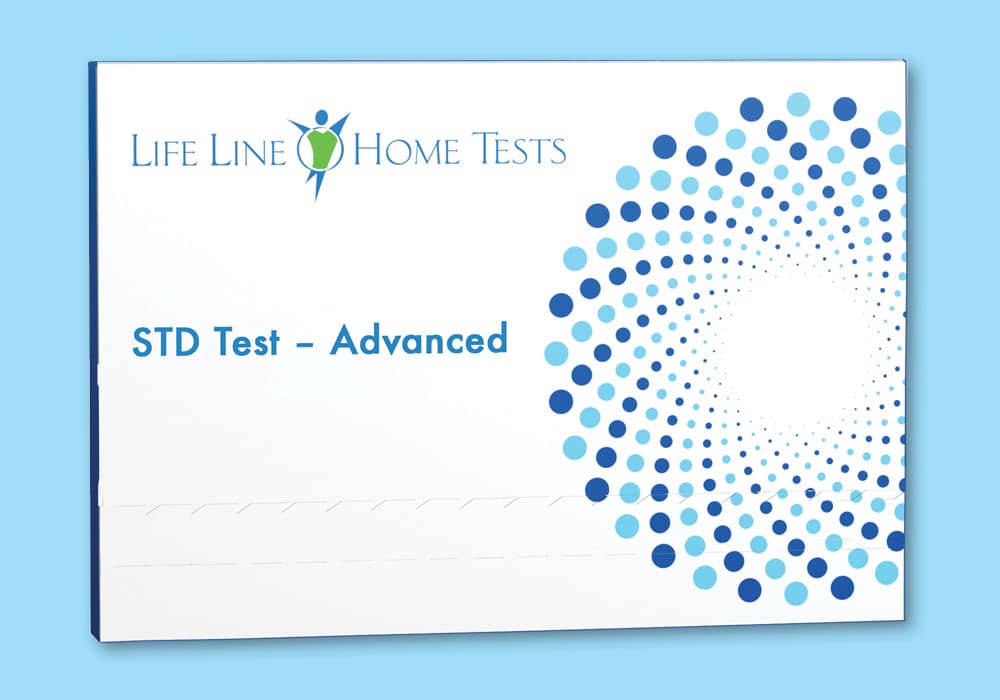 Life Line Home Tests is not intended to diagnose or treat any disease or medical condition and is not a substitute for professional medical advice or clinically guided treatment. To learn more, click here.