Home » Health Education » Why are preventive screenings so important? 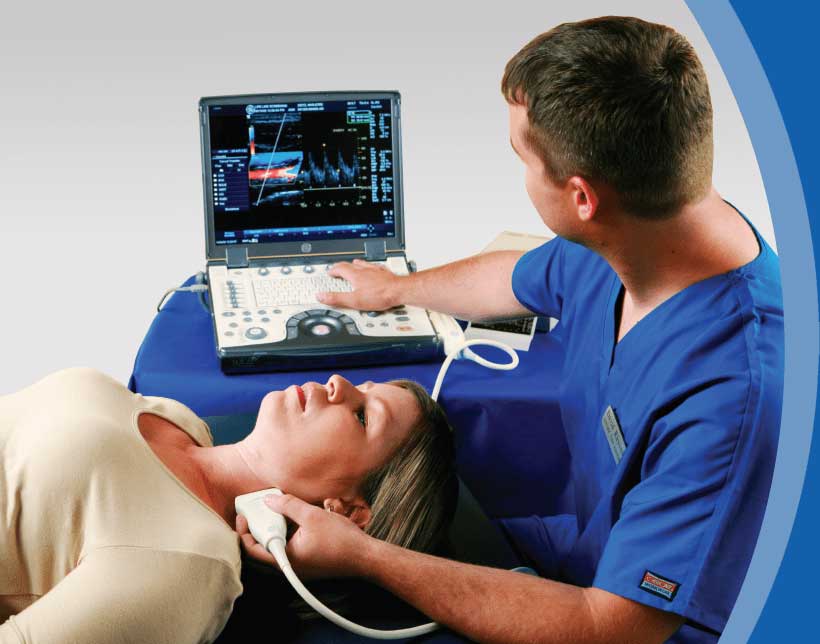 Why are preventive screenings so important?

If you’ve ever waited in a lobby, paid your copay, had your blood drawn, gotten an exam, and walked out of the doctor’s office two hours later feeling like it was a waste of time, you’re not alone. Sometimes preventive care can feel like a burden because there’s no immediate consequence, whether positive or negative. You have things to do and a tight budget. Are checkups and preventive screenings even that important?

The short answer is yes. Research shows preventive care and screenings are vital to long-term health and, if more people committed to these practices, could actually relieve strain on our healthcare system. We’ll talk more specifically about why screenings are important, but first, let’s talk about why being proactive — especially when it comes to our health — is so hard.

Why we avoid being proactive

Our culture is characterized by instant gratification: streaming services, push notifications, two-day shipping on everything, ride-sharing apps that bring a car straight to you in a matter of minutes. Now more than ever, making a decision to benefit yourself in the future is just plain difficult to do. In its simplest form, it’s the instant dopamine rush of buying that fall-scented candle on the endcap of the checkout rather than putting that $12 toward a future vacation. It’s hitting “play next episode” even though you know you’ll be exhausted in the morning. In the field of behavioral economics, this tendency is known as “present bias.”

When it comes to being proactive about our health, we run into this problem constantly and act irrationally. We’re weighing the pros and cons of risking it versus the inconvenience and expense (whether monetarily or emotionally) of preventive measures like eating well and getting annual screenings. We know what the logical answer is: prioritize long-term health. But why don’t we do it? Well, the answer is, we’re hard-wired that way.

We are constantly at war with ourselves over instant gratification vs long-term goals. Actually, science says it’s two parts of our brains locked in a battle: the emotional side and the logical side.

“Our emotional brain has a hard time imagining the future, even though our logical brain clearly sees the future consequences of our current actions,” says David Laibson at Harvard University, who co-authored a study on the subject. “Our emotional brain wants to max out the credit card, order dessert and smoke a cigarette. Our logical brain knows we should save for retirement, go for a jog and quit smoking.”

Making a decision that feels negative now — like “wasting” time, spending money on something intangible or getting poked with a needle — puts your emotional brain at odds with your logical brain, even if your logical brain may truly see the value in those checkups.

What complicates this even further is the disconnect between our current selves and our future selves.

Future you, the stranger

Did you know your brain processes your future self as another, separate person? If a decision you make — or don’t make — will affect “future you,” that decision does not feel relevant to “current you” in the same way. It’s as if we’re transferring the consequences to another person, whether it’s a benefit or a detriment.

“When people think of themselves in the future, it feels to them like they are seeing a different person entirely … like a stranger on the street,” said Hal Hershfield, a social psychologist at UCLA Anderson. His research studied how behavior could change by strengthening the connection between people and their future selves.

According to UCLA, Hershfield found that “the emotional disconnect we have with the person we will become in 20 to 40 years could explain, for example, why many people don’t save enough for retirement; why they continue to indulge in unhealthy behaviors, accepting the risk of incurring terrible diseases in the future; and why they make bad ethical decisions despite knowing that they might suffer consequences down the road.”

One innovative way Hershfield is trying to strengthen that connection is through face-aging apps and virtual reality. He conducted four studies using virtual reality in which people could see themselves in a “mirror” looking like their aged self. In all the studies, those individuals “exhibited an increased tendency to accept later monetary rewards over immediate ones,” according to the report in the Journal of Marketing Research.

Being proactive with our health is not only difficult because it’s hard to connect with our future selves, but it’s an intangible benefit.

“The problem with reinforcing preventive behaviors is that the reward not only comes too long after the desired behavior (years or even decades) but that it comes in the form of something that fails to happen (e.g., you don’t have a heart attack or get colon cancer or breast cancer),” writes Alex Lickerman, M.D. for Psychology Today.

Delayed gratification is difficult enough without adding the complication of the intangible reward of avoiding a negative outcome.

When it comes to our health, we have to fight to ensure our logical brain prevails. So let’s talk about the logical reasons for preventive screenings.

Why do preventive screenings matter?

When it comes to health, ignorance is not bliss. The earlier you detect a problem, the better your chances are for treating it and possibly eradicating it entirely. This is especially true for potentially life-threatening conditions like heart disease.

“Undergoing preventive cardiovascular screenings is basically getting a headstart against arguably the worst health condition a person can have,” says Jolene Caufield of Healthy Howard.

She continues, “There is nothing a person can lose by subjecting herself to a preventive screening. These screenings give you a clearer picture of your future health. Even if you didn’t find anything, it will compel you to re-evaluate your daily health habits and challenge you to fully redefine your life. In my view, preventive cardiovascular screenings yield better health awareness in people who underwent the procedure than harm.”

While some may argue the possibility of “false positives” as a reason to reject annual screenings for people without symptoms, it’s important to understand your risk factors and rely on your best resource for you individually: your doctor.

Your doctor knows you best. At Life Line Screening, our technicians are excellent at performing effective, noninvasive screenings and getting the most accurate results possible. If we find anything unusual, it is then up to you and your doctor to discuss a treatment plan.

In some cases, simply keeping a watchful eye on the issue is the best course of action. This is exactly why many of our clients come back each year for an annual screening. However, you can’t keep an eye on something you don’t know you have. We are firm believers that having knowledge about any health issue, even a potential one, is a good thing.

Dr. Andy Manganaro, Chief Medical Officer of Life Line Screening, has been a cardiac and vascular surgeon for over 30 years and says he would often be called into the ER to treat a person with a ruptured abdominal aortic aneurysm. If the problem had been caught early, it would’ve been treatable.

“Had they known they had the aneurysm a week before, we could have fixed it with very little risk to them,” he says. “And they would have been going home instead of succumbing to the ruptured aneurysm.”

We have countless stories of people who came in for a screening not believing anything to be wrong and walked out with information that very well could have prevented them from suffering a medical disaster. This isn’t just true of our cardiovascular screenings. Our colorectal cancer screening, kidney function test, and osteoporosis screening have all caught potential problems before they progressed into more dangerous territory.

The long-term benefit of screenings

As mentioned above, paying for preventive care like screenings can feel frustrating, especially when there is nothing abnormal to report. But those fees are nothing compared to the costs associated with major medical events.

Another benefit of getting a preventive screening is it gives you something tangible to see when discussing your health and any lifestyle changes you might need to make to improve it. A less-than-perfect test result can be the inspiration people need to finally start kicking bad habits and embracing healthier ones.

“Yes, you can tell people, in general, lose weight, stop smoking, exercise, lead a healthy lifestyle. But most often it goes in one ear and out the other,” Dr. Manganaro says. “On the other hand, though, if you show someone a picture of their carotid artery filled with plaque as compared to a normal carotid artery, they’re much more likely to throw out their Lucky Strikes on the way out the door.”

Should I get screened?

We believe in the power of knowledge about your health, and we have seen the enormous benefits of having caught a health risk before it turned serious, time and time again. Ultimately, it’s a good idea to talk to your doctor about whether or not you exhibit risk factors for conditions like heart disease, diabetes, kidney disease or liver disease, and decide whether or not it’s time to get screened.