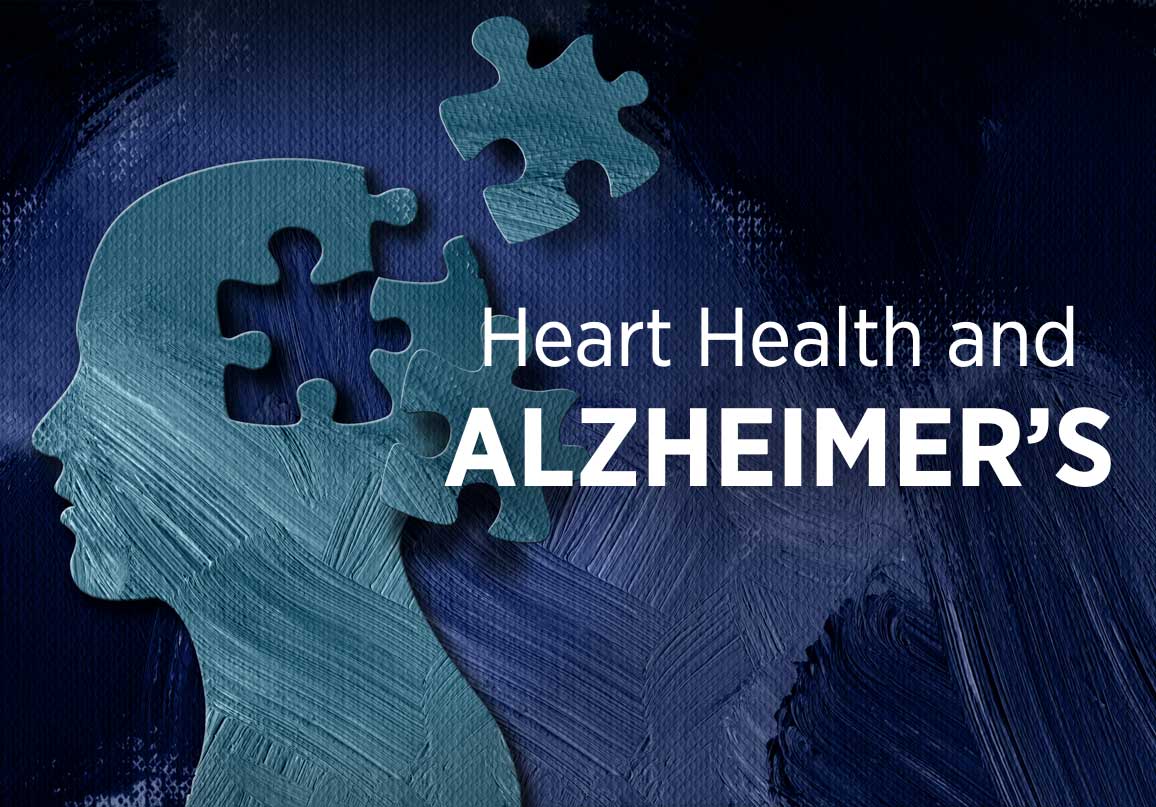 Heart Health and Alzheimer's Disease — What You Need to Know

Heart Health and Alzheimer’s Disease — What You Need to Know

A recent study by the Journal of the American College of Cardiology has shown a troubling link between poor cardiovascular health and the development of early Alzheimer’s disease. Here, we break down the report to the most important findings and what you need to know.

The Journal of the American College of Cardiology, or JACC, is constantly releasing new reports and findings of its studies. In the latest February 2021 edition, a team of researchers unveiled a study that found a link between atherosclerosis, hypertension, a high 30-year Framingham Risk Score, and reduced brain metabolism in middle-aged individuals — a condition linked directly to Alzheimer’s disease. Academic papers can be difficult to digest, so we’re breaking down each part of the JACC’s findings in a way that’s easy to understand.

To do this, we’re going to go over each condition the study highlights.

Atherosclerosis is a condition in which your arteries become clogged with cholesterol, fat, and other substances. When arteries become clogged, it causes an increase in blood pressure that, among other things, can damage the artery walls over a long period of time. Severe atherosclerosis can cause fatal conditions such as strokes and heart attacks.

While it is difficult to say with certainty that atherosclerosis can cause dementia, there have been many studies that have found a strong correlation between the two. The more advanced a person’s atherosclerosis is and the longer they’ve had it, the more likely they are to develop Alzheimer’s disease.

Hypertension is another word for high blood pressure. Directly related to our last point, high blood pressure can, over a period of time, damage blood vessels and harden them, which increases the likelihood of developing atherosclerosis.

In the JACC study this article is based on, hypertension was found to be the CVD risk factor most closely associated with declining brain function in the middle-aged population. High blood pressure can be caused by a number of different factors like smoking, obesity, a high-sodium diet, alcohol abuse, stress, genetics, and lack of sleep. It can even be caused by other health conditions like Chronic Kidney Disease and some thyroid disorders.

What is a Framingham Risk Score?

The Framingham Risk Score (FRS) is the part of this equation that most people are unlikely to be familiar with. An FRS number is used by doctors to determine an individual’s chances of developing cardiovascular disease over a long period of time. The most commonly used are 10-year and 30-year scores. The JACC article specifically cites the 30-year FRS score as the one that researchers used. Most often, these scores are used to assign someone a risk level for developing CVD so that they may be prescribed the appropriate medications.

The score is calculated using several different factors including:

These three factors together may be contributing to early onset Alzheimer’s disease.

This is important for a few reasons. First, it shows that risk is being increased as early as 50 years old. Prior to this study, only much older populations had been looked at.

Second, all three of these risk factors are very closely linked. Atherosclerosis, hypertension, and FRS scores are all directly related to the heart and the cardiovascular system. As such, the lifestyle choices you can make to decrease the risk of one will also decrease the risk for the others. Taking that one step further, it could be concluded that anything a person does to reduce their risk of CVD may also be reducing their risk of developing Alzheimer’s.

If you are over 50 and concerned about your health, you should consider a preventive screening to assess your risk for the kinds of diseases described in this article. These screenings are inexpensive, fast, and can arm you with the information you need to take control of your health.

At Life Line Screening, we offer several tests that relate to these health conditions. A carotid artery screening can check for plaque buildup while our high cholesterol/ lipid panel will give you insight into your risk for developing atherosclerosis.

With over 14,000 locations nationwide, we are sure to have a convenient location nearby. Click below to find the one closest to you.